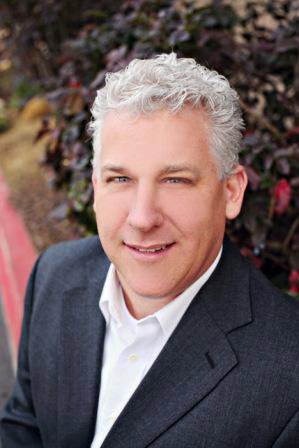 Mitch Clouse began his insurance career when he was still in High School when he went to work for the family agency as a file clerk and mail sorter. He spent the next decade learning all aspects of the personal and farm insurance business. Mitch left the family agency in 2002 and went to work for another agency. There he learned how to insure businesses and was successful in salvaging a key carrier relationship for the agency.

A few years passed and Mitch was recruited to work for one of the top independent insurance brokerages in the United States. While at this agency, Mitch got over his fear of large numbers. He was part of team that insured large accounts in the habitational and service industries. Wanting to learn more about other industries, Mitch made his jump to an agency in Roseville. There he was tasked with sales and service of Main Street businesses and later help develop an insurance program for restaurants. While at this agency, Mitch was asked to serve on the board of directors for the Sacramento Chapter of the California Restaurant Association.

A few years passed and Mitch was called back to the family agency where he started. Back at the family agency, he helped develop producers, streamline operations and renegotiated key carrier appointments. Mitch also helped with the transition of ownership when his father decided to retire.

Call Clouse Insurance Agency at 844-472-6431 or send us an email for a no-risk, no charge insurance policy quote.

We take protecting your data and privacy very seriously. As of January 1, 2020 the California Consumer Privacy Act (CCPA) suggests the following link as an extra measure to safeguard your data: Do not sell my personal information.

We use cookies on our website to give you the most relevant experience by remembering your preferences and repeat visits. By clicking “Accept”, you consent to the use of ALL the cookies.
Do not sell my personal information.
Cookie SettingsAccept
Manage consent

This website uses cookies to improve your experience while you navigate through the website. Out of these, the cookies that are categorized as necessary are stored on your browser as they are essential for the working of basic functionalities of the website. We also use third-party cookies that help us analyze and understand how you use this website. These cookies will be stored in your browser only with your consent. You also have the option to opt-out of these cookies. But opting out of some of these cookies may affect your browsing experience.
Necessary Always Enabled
Necessary cookies are absolutely essential for the website to function properly. These cookies ensure basic functionalities and security features of the website, anonymously.
Functional
Functional cookies help to perform certain functionalities like sharing the content of the website on social media platforms, collect feedbacks, and other third-party features.
Performance
Performance cookies are used to understand and analyze the key performance indexes of the website which helps in delivering a better user experience for the visitors.
Analytics
Analytical cookies are used to understand how visitors interact with the website. These cookies help provide information on metrics the number of visitors, bounce rate, traffic source, etc.
Advertisement
Advertisement cookies are used to provide visitors with relevant ads and marketing campaigns. These cookies track visitors across websites and collect information to provide customized ads.
Others
Other uncategorized cookies are those that are being analyzed and have not been classified into a category as yet.
SAVE & ACCEPT